Pain relief, learn how you can ACT now!

Fad diets come and go. Once upon a time it was no fat, then no carb, you’re eating too much, you’re eating too little, you’re eating at the wrong time… Most recently we are hearing about the Paleo diet. I find this one interesting because in its general sense it agrees with advice I have been giving about nutrition for many years.

There is no one magic diet for everyone. People have different genetics and different lifestyles and experiences that make certain foods better for some and worse for others. One thing I CAN say with full confidence, that people should be eating food! I know that sounds funny (what else would we eat?!?) but what I mean is that foods are things that grow out of the earth (fruits and vegetables), or things that eat things that grow out of the earth (meats). When you take nutrition as a whole, it is really the process of the earth turning into your body. So… apples, bananas, broccoli, beef, chicken, fish, beans, squash, watermelon, grapes, avocados, nuts, …etc., all of these things are simple foods that grow. We should not be eating the processed by products of those things because we can’t separate ourselves from natural foods without consequences to our health.

The Paleo diet is based on the idea that it is healthier to eat foods that our ancestors ate. But why? Several factors play a role in this thinking. At its heart is evolution, the concept that we adapt to our environment and our biology and behavior are shaped to the best way to live in that environment. The paleo argument is that the foods we eat today are very different than the foods that would have been available to our ancestors before the advent of farming, keeping domesticated animals and mechanical and chemical processing of foods. They argue that modern day diseases (like heart disease, cancer, and diabetes) are a result of today’s reliance on processed foods. Today 65% of adult Americans are overweight or obese causing about 280,184 deaths every year. Cardiovascular disease causes 38.5% of all deaths in the US. 50 million Americans have high blood pressure, 11 million have type 2 diabetes and 37 million have high cholesterol. Cancer is the second leading cause of death in the US and about one third of that is related to nutritional factors including obesity.

The evolution of behavior began with very simple, single cell organisms. They developed receptors on their surfaces that could recognize certain chemicals. They began to move away from harmful chemicals and toward beneficial ones. Our brains work the same way. When we come in contact with something good we want it. When we come in contact with harmful things we avoid them. Early humans lived in an environment where food was not plentiful. They had to be able to recognize foods that were high in calories because they did not know where their next meal was coming from. So when they came in contact with foods higher in sugar and fat their brains lit up the production of dopamine (the feel good chemical in the brain) and they liked it. And they wanted more. It was hard to get more, so the system worked. Today our situation is very different. Most of us have food on demand and food manufacturers have used the old wiring in our brains to hook us on high sugar, high fat, high salt foods, lighting up our dopamine pleasure center making us want more. We are addicted and come back time and again to foods we know are not healthy for us.

But really, how different are the foods we eat now from the way early humans ate? Very different. It boils down to a few factors that have changed drastically in the last 200 to 10,000 years. For millions of years the ancestors of modern humans were hunter gatherers that only ate wild plants and animals. Their diets would have changed through the seasons, been entirely locally grown and they would have fasted periodically when they could not find food. Humans just have not evolved fast enough to accommodate the drastic change in diet that has occurred in our recent history. Today we eat foods that are highly processed. So instead of eating foods that contain vitamins, minerals, and fiber, we have pulled all the fats and sugars out and consume them virtually by themselves. 72% of the total calories eaten on a daily basis by Americans come from dairy products, grains, refined sugars, refined vegetable oils, and alcohol. These foods would have contributed close to 0% of the calories for our ancestors. We are not equipped to handle these foods especially in the quantities we do.

The estimated consumption of sugars by hunter gatherers was about 4.5lbs per year. Today the average American consumes 150-170lbs of sugar a year!

Before the mechanized milling of grains people ate the whole grain. Whole grains contain 3 parts: bran, germ and endosperm. The bran and the germ contain all of the vitamins, minerals and fiber but today we discard those parts and just eat the white high carbohydrate endosperm in breads and pasta.

As with all mammals, early humans would have begun life drinking their mother’s milk. Before the domestication of cows and goats there would have been no access to the milk of any other species. In fact today humans are the only species that have ever drunk the milk of another species. The earliest evidence for humans consuming dairy is from pottery in Britain about 6000 years ago which on an evolutionary time scale is not that long.

Humans invented new trans-fats in the early 20th century. These chemicals change the structure of vegetable oils in a process called hydrogenation and are found in margarine and shortening. They have been banned by the FDA in many products recently due to their strong link to heart disease and obesity.

Salt is another nutrient that has been drastically increased in our diet. About 10% of the salt we eat occurs naturally in food. 15% percent comes from individuals adding salt in cooking or at the dinner table. 75% of the salt we take in is added to processed foods by the food industry.

The way we produce animal products has also changed significantly. The “marbling” that is so desirable in our steaks is something very new. It is only since the turn of the 20th century that we have raised cattle on corn instead of grass which is their normal diet. This not only increases the amount of fat that is in the meat but also the type of fat. In addition it used to take 4 years to raise cattle to be slaughtered now with the use of hormones we have full sized cattle in just half the time. Today only 1% of cattle are raised as free range “grass fed” beef.

These new dietary characteristics have drastically changed the types and amounts of various nutrients, driving up sugars and fats, driving down fiber, driving down vitamins and minerals, making our foods more acidic and increasing the sodium/potassium ratio in our foods. The sugars have driven an increase in type 2 diabetes, obesity and heart disease. The fats are different in amount and in the ratio between the different types which may increase inflammation (which is now considered a major factor in heart disease) and auto-immune diseases. As these foods became more prevalent they replaced less refined wild foods that have a greater nutrient density (vitamins and minerals) per calorie than our new normal. About half the US population does not meet the recommended daily allowances (RDA) for vitamin B-6, vitamin A, calcium and zinc. Eating a more acidic diet increases the rates of osteoporosis, kidney stones, high blood pressure, and exercise induced asthma. Diets higher in sodium and lower in potassium have been linked to chronic illness including high blood pressure, stroke, kidney stones, osteoporosis, and colon cancer. The lack of fiber in our diets has led us to eat more of less filling foods and drives increases in constipation, appendicitis, hemorrhoids, deep vein thrombosis, varicose veins, diverticulitis, hiatal hernias, and acid reflux.

It has always seemed to me that the more we try to divorce ourselves from the natural world including spending too much time in doors, less physical activity, less personal contact with other humans, refined/manufactured foods, rampant antibiotic use in humans and in our food supply,…etc. the more consequences there are for our mental and physical health. I do not intend this to be an endorsement of the Paleo diet specifically but more a wake-up call for us to realize how far we have come from our natural place in the world and to start making some conscious decisions to change for the better.

Much of the information in this article was taken from: Origins and evolution of the Western diet: health implications for the 21st century, published in The American Journal of Clinical Nutrition.
Am JClin Nutr 2005;81:341-54 Loren Cordain, et al 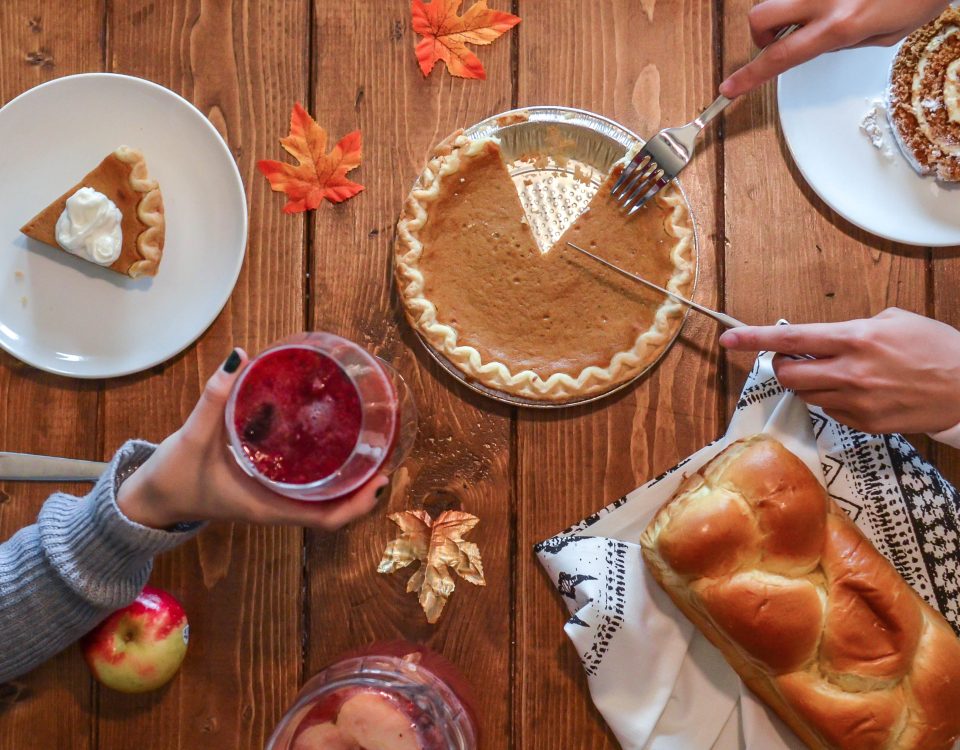 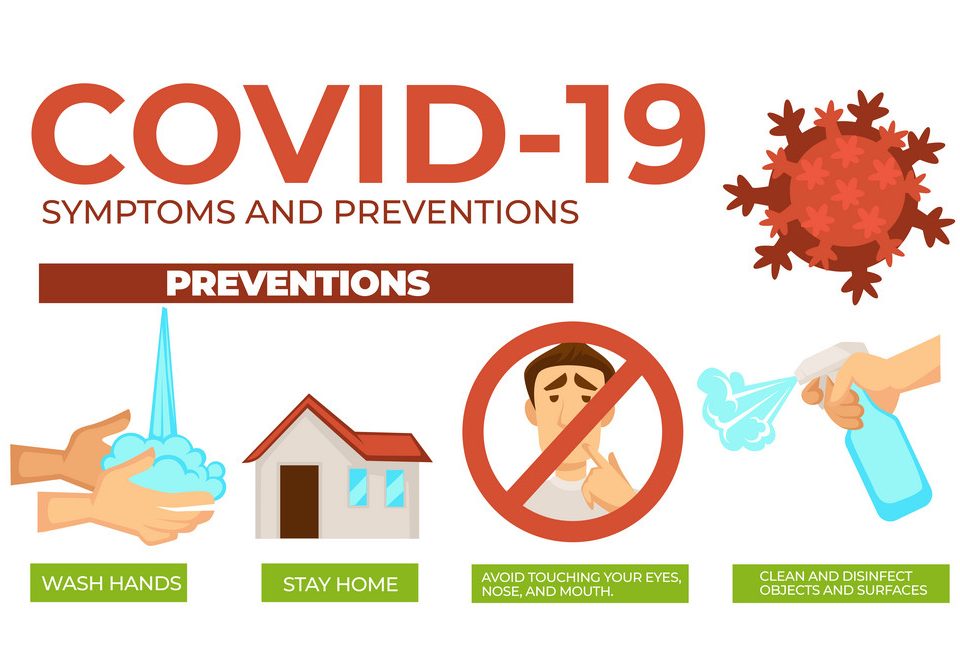